David joined MacDermid Lamarsh as an associate in 2018. He practiced at a firm in rural Saskatchewan prior to this. David maintains a general practice with a particular focus on civil litigation, employment, criminal law, and family law matters. David has experience litigating matters at the trial and appellate level, appearing at Provincial Court, Court of Queen’s Bench, and Saskatchewan Court of Appeal.

Hockey, as a recreational player and as a fan of the Edmonton Oilers
Golfing
Travelling 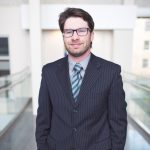 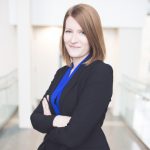